I just wanted to share some pics with you: 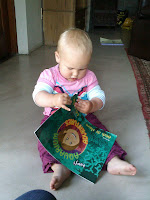 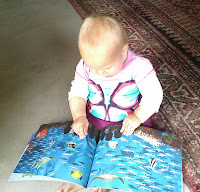 Only a year old and already loving Abby's Aquarium Adventures from cover to cover!

I love seeing everyone having fun like this so please send me your photos of your completed craft, you reading the book, you making your craft ...any pics showing you and me together.  The first 5 photos will get a FREE craft kit (no matter where you live in the world).  So hurry and send them to abby@telkomsa.net.

Heidi often visits schools and chats to you guys.  A little while ago, one of the kids asked her about Giant Squid so I've decided to tell you a bit more about them because not everyone believes that there are Giant Squid out there!

To show you some proof, go to the National Geographic website links below and you' ll see some amazing photos.

Giant Squid captured and filmed for the first time: 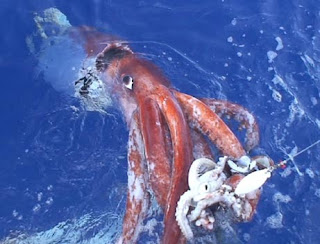 Once you've seen the photos and are convinced that there ARE actually Giant Squid in the oceans, read on...

These animals are spread worldwide, but the animals that man has found are mostly stranded in the North Atlantic (Norway and Newfoundland), or caught in the South Atlantic (South Africa), Southwest Pacific (New Zealand, Southern Australia) and the Northwest Pacific (Japan).

Giant Squids are vertical wanderers, this means that they travel up and down in different depth zones. Adults (mantle length up to 4 metres) are believed to spend most of their time at depths of between 200 - 1000m. Juveniles probably stay between 100 - 300m, and young Giant Squids are usually caught near the surface. One little guy (10.3 mm) was caught at a depth of only 20 meters!

Giant squids do not have any gas spaces in their bodies, which means they don't have soft bladders filled with gas to keep them from sinking like the fish's swim bladder. In fact, no squids do, and neither do really deep sea fishes. The high pressures down in the deep sea is too much for a bladder, it would pop (implode) because air compresses (squashes) easily.  How then is the giant squid able to survive in very deep waters without sinking or being crushed? The answer is ammonium ions. (Ammonia in water splits into ammonium and other ions.)   Ammonia is a natural waste product, like urine. Instead of getting rid of waste out of the body like humans go to the toilet, giant squids store some of the waste in their bodies. (This is why giant squids are not very tasty to eat!) Liquids can't be crushed or squashed like air and ammonium is lighter than seawater - therefor, no sinking squid!

So I hope this clears a few things up for those of you who didn't believe in the Giant Squid and I hope you found some of this interesting - I did!

PS. Squid are good fun to dissect so if you get a chance, ask mom to buy a whole one from the shop when she wants to make calamari and have a good look inside before she cooks it.  The beak is the most fun to find!
Posted by Abby at 9:11 AM No comments:

Rubber ducky, you're my friend!

I've been writing up fun worksheets about ocean currents and you won't believe what I found!

On the 10th of January 1992, a cargo ship travelling from China to America hit rough seas and lost 20 of its containers. One of those cargo containers had packages of rubber [plastic] ducks and other toys in it.  This container got a hole in it when falling off the ship and 29,000 rubber bath toys dropped into the ocean to begin a journey which, for some, is still ongoing.


Over 15 years, these toys travelled the ocean currents, washing up on beaches across Alaska and the west coast of the United States.  By 2007, the toys began appearing on beaches in New England. Little did the toy manufacturer know in 1992 that their product would become part of one of the most simplistic, but data-rich ocean current experiments to date. (From a Virginia Sea Grant Marine Advisory Program Newsletter)

Isn't it amazing how something can travel countless miles around the globe just using the oceans currents! 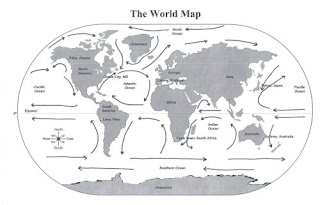 Try something fun - print this map and then take a toy and follow one arrow to another to another to another ...etc and see how many countries you could visit if you were to float along in the ocean currents of the world.  Some of those rubber ducks travelled a long way!

I can't contain my excitement so I just have to write another post today.  The other day I saw something flapping in the waves while I was on the beach.  It looked like a fish, possibly in trouble, so I thought I'd get closer to see what was happening.  If it needed help, I'd call the other aquarists to come and help me get it to the aquarium to sort it out.  True as Bob, it was a fish and it was not looking happy.  Another lady (a helpful concerned tourist) came running into the waves and told me that this fish had almost been washed ashore a few minutes ago.  At closer inspection, I could see it was a type of sunfish - what a treat!  I had never seen a Sunfish in real life before so I was extremely impressed, wanting to take a photo but worrying about the fish  so I didn't.  I had a closer look and it didn't look damaged or sickly so we took it deeper behind the waves and it never came back to shore...I waited for quite a while, just in case.

The part that is so amazing about this story is that I only just recently looked up what kind of sunfish it was and you won't believe it...it's the rarest sunfish called the Slender Sunfish!! What a pity I didn't take a photo because the researchers need information about them and they plot sightings on a world map when you can send them proof of your sighting.  I feel really priviledged to have seen such an animal and to have been able to help.

As you can see from this picture I got off the internet, it's a beautiful fish.  They only grow to a metre in length so they are smaller than the Mola mola or Ocean Sunfish that I wrote about before in my blog.  What a pity it would have been if it had been washed ashore and nobody had been there to help it!


So if you ever see a marine animal in trouble, give your local aquarium a call so that they can help it.

Abby was printed in March. 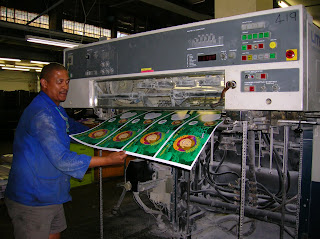 The first book was also launched in Malaysia in March. 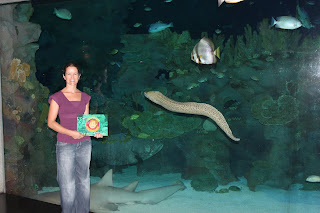 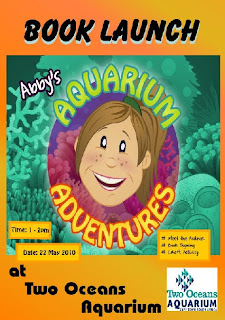 In May, Abby was at the SASOL Bird Fair.

Rave book reviews started coming in for Abby in June. 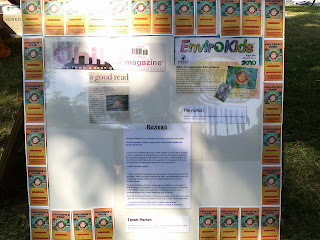 Abby was at the Cape Town Book Fair and the craft kits made their first appearance in July. 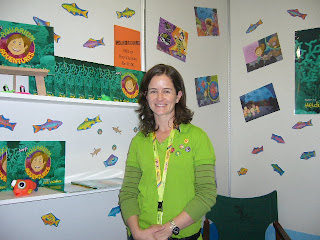 Abby appeared on the shelf in Canada for the first time in August.

October was Marine Week, an important time for Abby.  Yebo Gogga and Kirstenbosch Market is where you could find the author and Abby books. 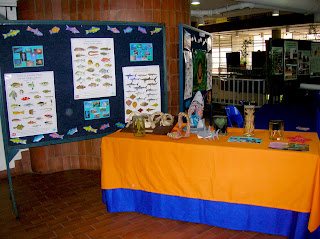 School presentations were held up until November.

December saw an international agent request 40 copies of Abby "to start with", Abby's Aquarium Adventures was in the Top 10 Best Children's Books in South Africa for 2010 and Abby readings took place at the Two Oceans Aquarium as part of the holiday programme. 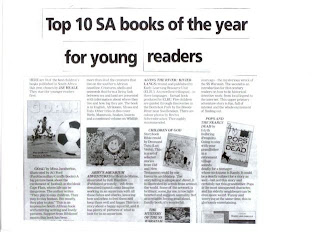 So all in all, it was a busy year and this is only what happened with my book, not even all the things that happened in the aquarium!  But that list would be WAY too long so I'll keep those stories for another time.