Yes, I got the chance of a lifetime, I got to go to Antarctica!  Thanks to Becs and Sabrina for hosting me...what an adventure!  Becs works for the British Antarctic Survey in Cambridge as their Aquarium Facilities Manager and her job is to look after all the research animals that are brought back from Antarctica. To get an idea as to what goes on at the base in Antarctica, Becs and I went down to see what the researchers do down there and what the base is like.

To get to the remote parts of Antarctica and collect important scientific data, you can't just book a flight, pack some winter woolies and head south.  Antarctica is an extreme and hostile place and you need to prepare carefully, have specialist training and make sure you've got all the right gear packed.
Go to this site to see what goes into organising for a trip down south:
http://www.discoveringantarctica.org.uk/multimedia/flash/12_prepare_index.html

We got all our ducks in a row and off we went!  Here are the first few photos from my trip:

To get an idea of what it feels like to be in Antarctica, go to this link to hear some Antarctic sounds:
http://www.discoveringantarctica.org.uk/1_silence.php

And if you think it looks cold there...you're right!!  Check out how many layers the researchers have to wear when they go there by going to this link:
http://www.discoveringantarctica.org.uk/multimedia/flash/5_whatnot.html

As you can see, it's not just a T-shirt and shorts kind of place! : )  This was when Becs and I went in the rubber duck with the researchers...brrrrrrrr!


Once we'd settled in, we were given a run down as to what goes on at the base and then we were invited to go crevassing.  Crevassing you say?  Well, if you've never heard of it, it's abseiling (lowering yourself down on a rope) down a huge crack which means that you're surrounded by ice...brrrrrrrr again!


I must say, I got quite a bit of exercise visiting Antarctica.

Not only did I get to see beautiful landscapes, 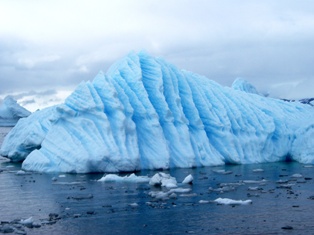 but I also got to see some of the wildlife there.
These guys are just too cute, but there are also Chinstrap, Emperor, Gentoo, King and Macaroni penguins here.  What a huge variety!  There are also a range of other birds, from the almighty albatross to the petrels, prions, fulmars and shearwaters...but I'll tell you more about them another time.

and Leopard seals can all be found down south.  Of the 6 Antarctic species, 4 are ice habitat specialists, breeding on the sea ice (Beyond the ice shelves is the sea. When the sea freezes it forms a salty type of ice, sea ice.) in spring.  Leopard and Ross seals tend to be solitary (they like to be alone and not in groups), whereas the Weddell and Crabeater seals form breeding groups.  Antarctic fur seals and Elephant seals both breed in dense colonies on beaches where dominant males (bulls) have harems (groups) of females (cows) in territories.  Whilst they are very busy defending their harems, bulls won't forage at sea, but rather rely on the blubber reserves from the previous winter.  Interesting stuff don't you think?

Well, I think that's me for today, I'm getting writer's cramp from typing so much (I was e-mailing my family back home before this and had to catch up on some work stuff too).

You will never guess where I've been!  Take a look at a sneak preview of my travelogue: 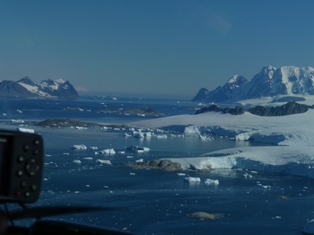 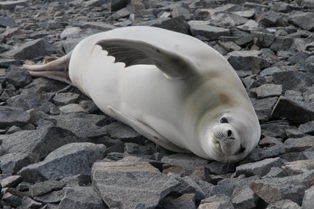 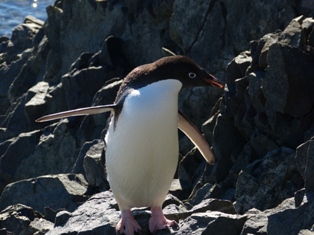 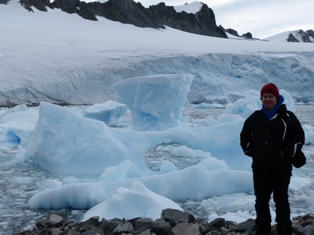 Any guesses?  Facebook me (Abby Aquarist) and let me know where you think this is.
Chat soon
Cheers
Abby
}( *)8