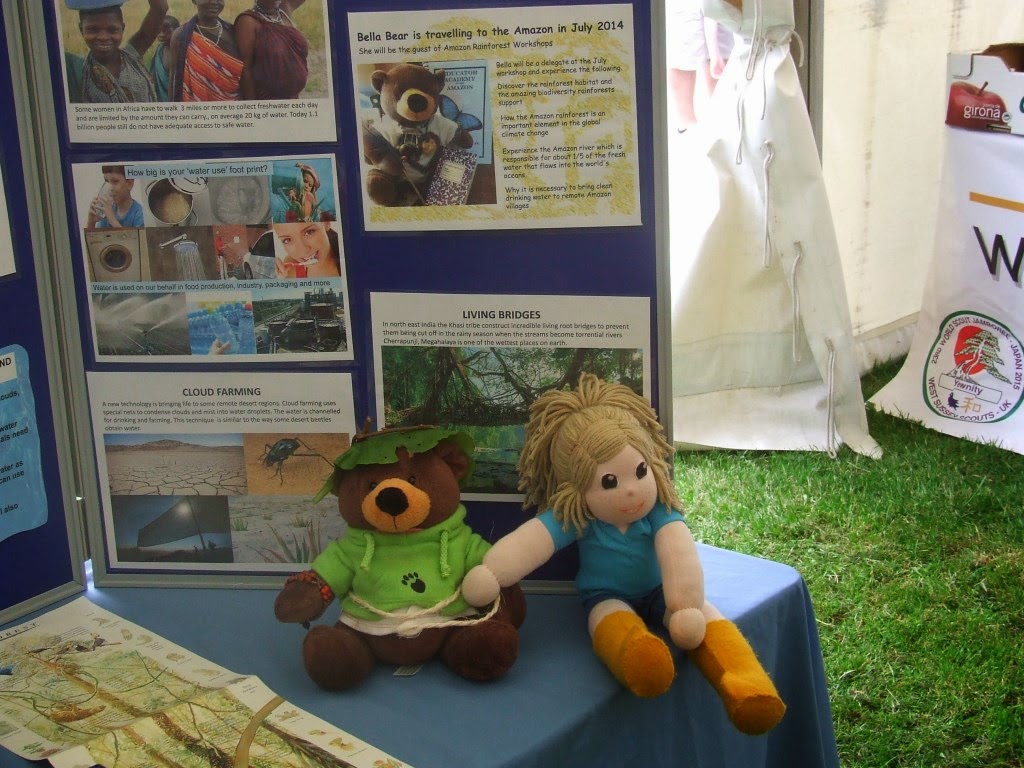 It's been quite a while since Ed the bear came to visit me in South Africa (if you'd like to read about his visit, go to my blog written on 16 Jan 2012).  I've now finally gotten around to visiting him in the UK.

We didn't waste time, after a quick hug hello, we set off for the World Oceans Day (WOD) event at Shoreham, which is a small historical town by the sea and a river.  We arrived early and had time to look around the farmers market. 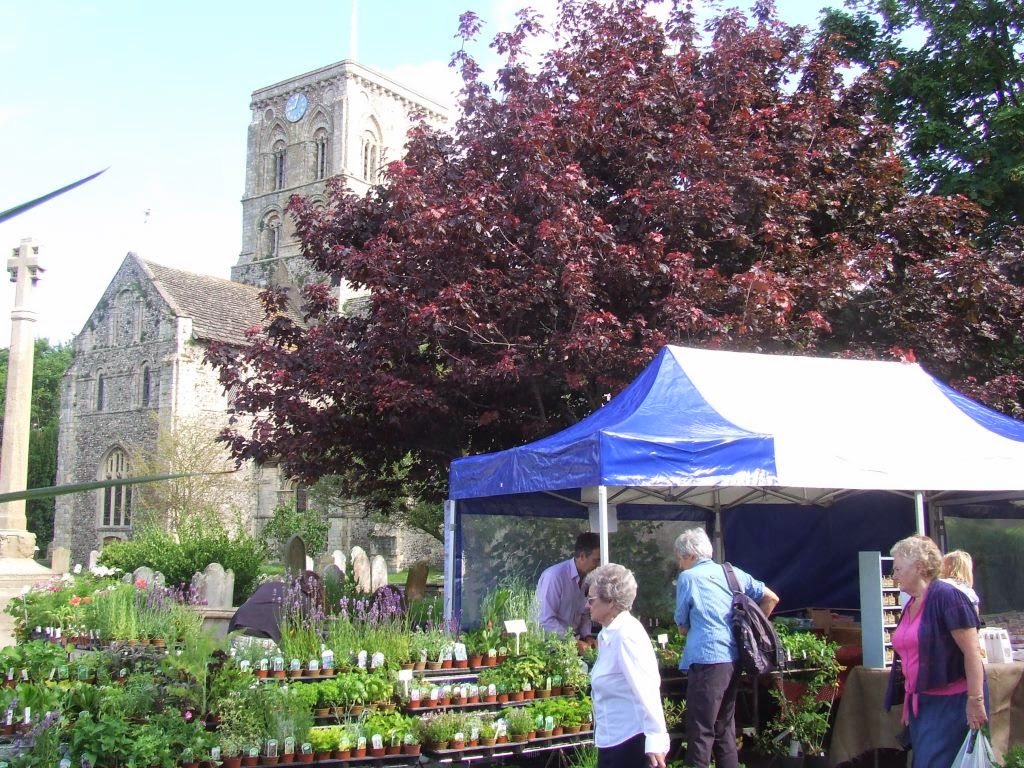 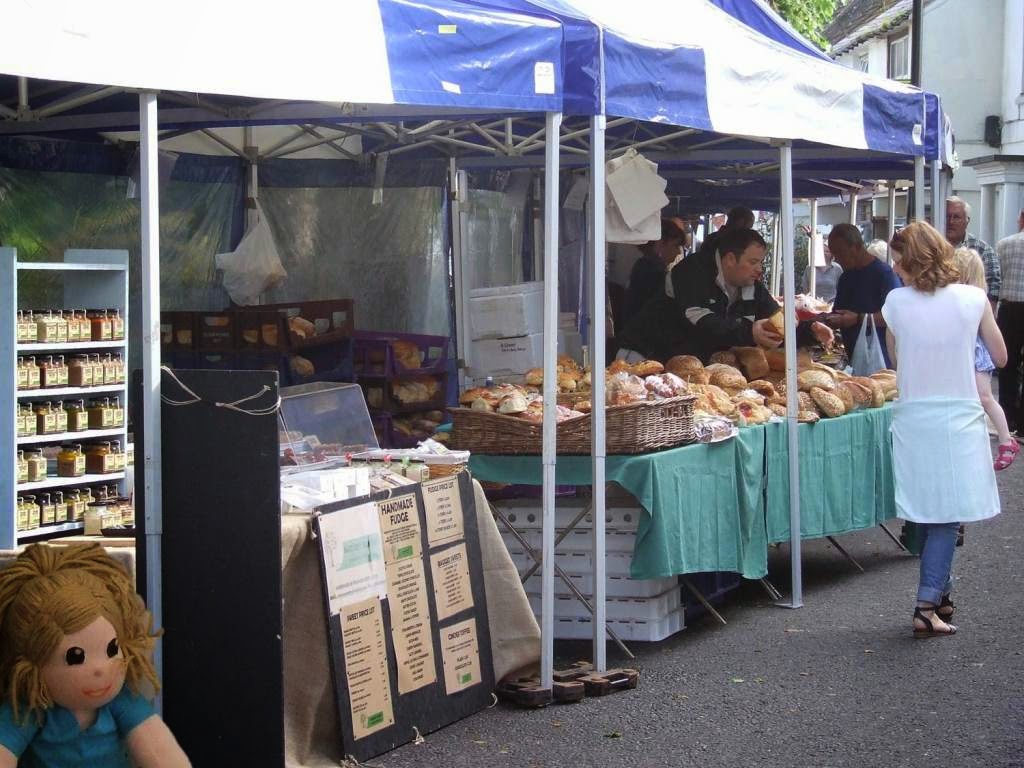 This is where farmers sell their produce from a stall.  Things like pies, cakes, meats, vegetables and fresh fish are sold here.  These markets are really cool and the farmers like it because they get to sell directly to people instead of to supermarkets.  You can't beat the freshness of the produce at a farmers market!!

After a yummy pie and a fresh fruit juice, Ed, Bella (Ed's sister) and I went to set up the WOD display stand. 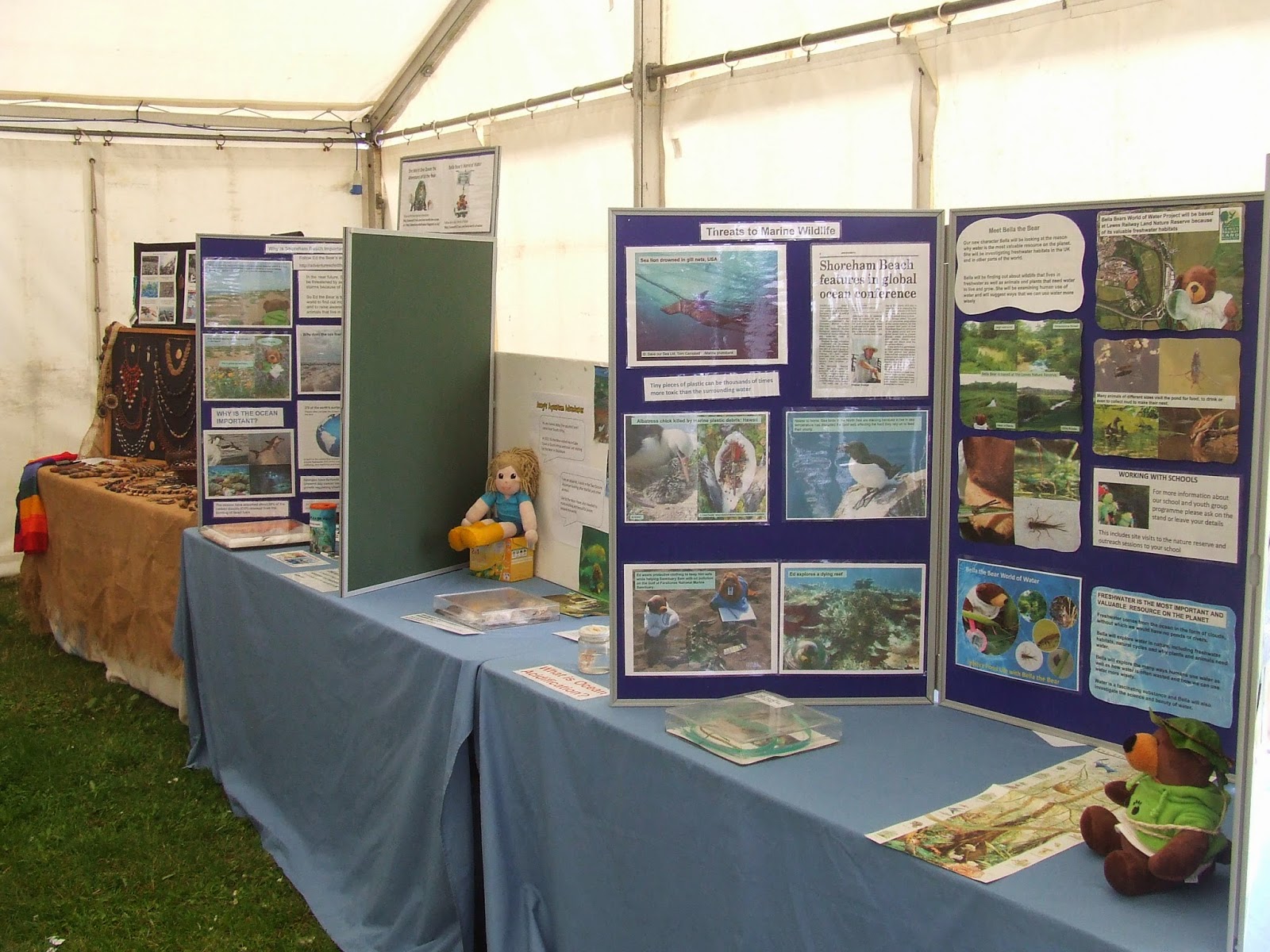 It was really cool, the stand had some pictures from when Ed visited me in South Africa and a little bit of information about me.  I felt a bit like a super star!  : ) 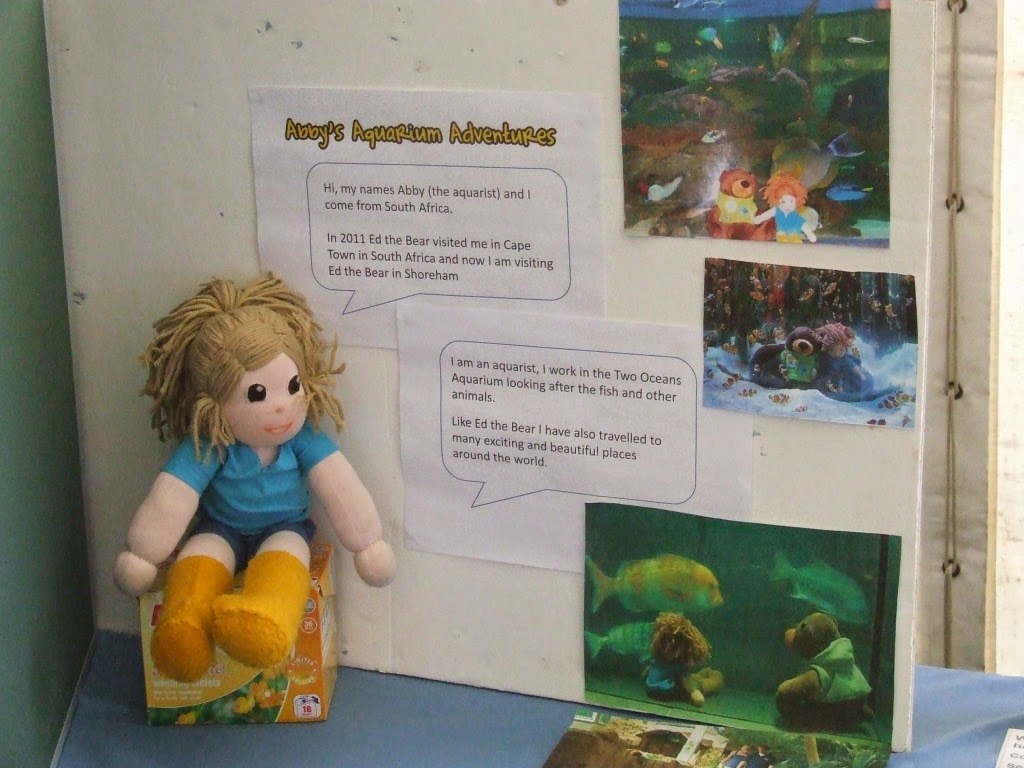 The display stand was all about Ed's adventures.  This included his special beach at Shoreham, the scientists he has met on his travels and what he has learned as well as some of the amazing animals he has seen. 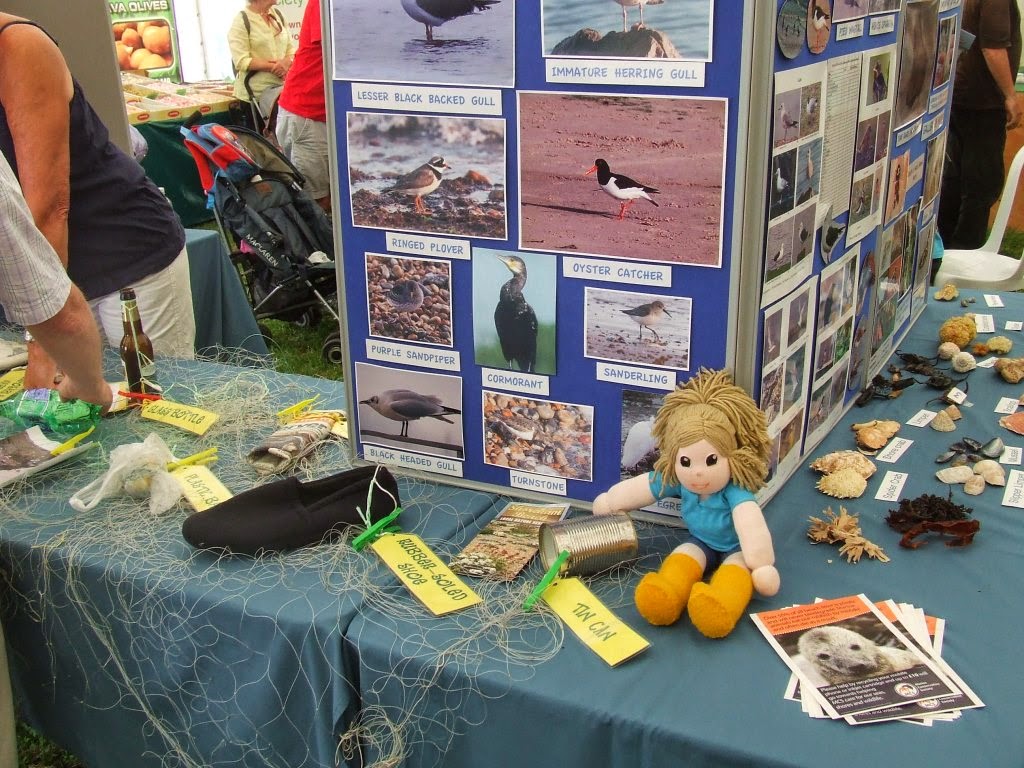 The display also showed some of the damage humans have caused to the ocean and marine life, and also how we can all help the oceans.  Another display that I helped Ed set up was one about Ocean Acidification - a big threat to the oceans. 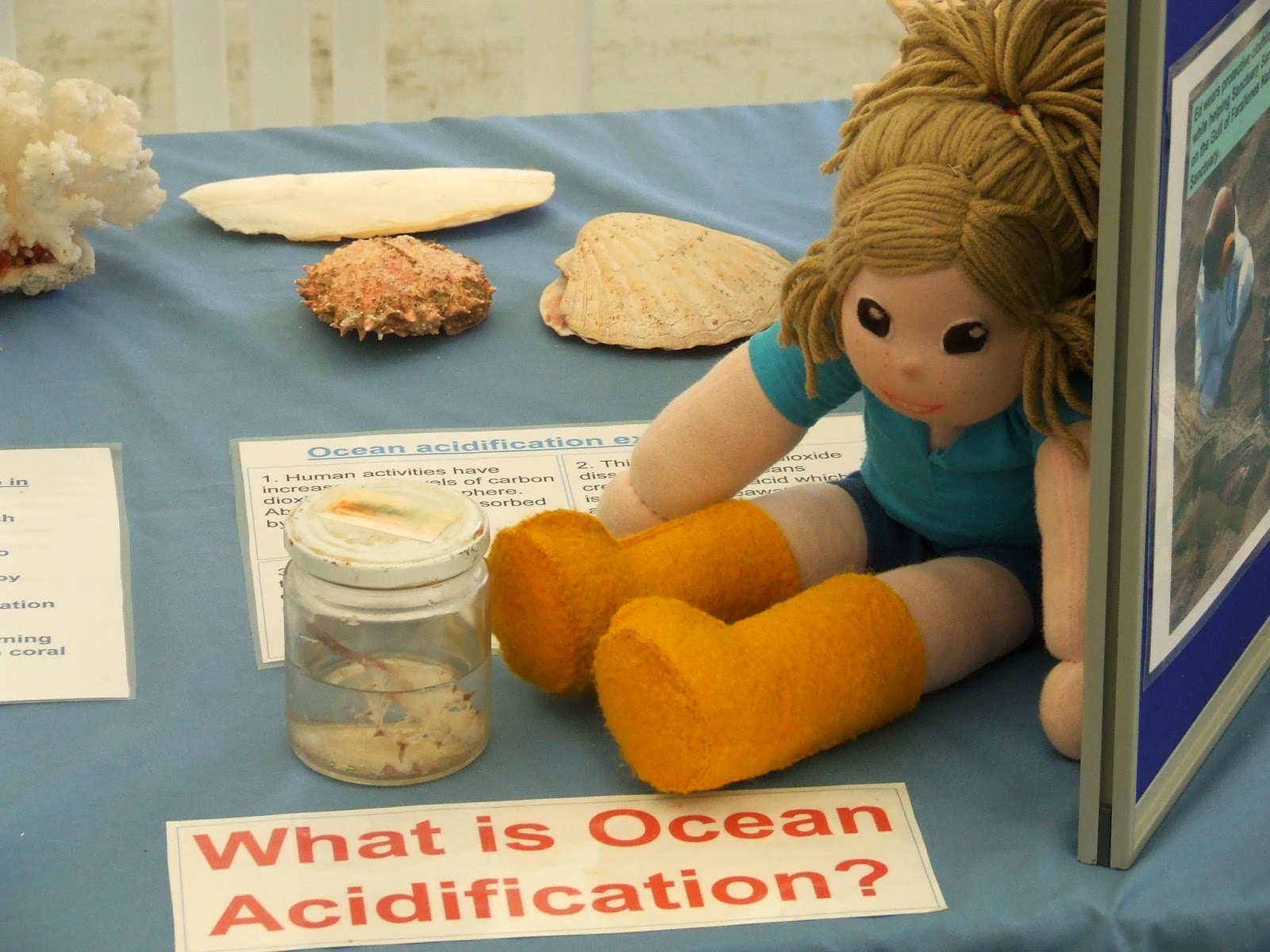 In a nutshell: Human industry has caused an increase in carbon dioxide (CO2) and other greenhouse gases being released into the Earth's atmosphere.  Scientists have found that about half of this man-made CO2 has been absorbed over time by the oceans.  Massive amounts of CO2 in the oceans causes a change in the water chemistry and affects the life cycles of many marine organisms.  This is a major problem!!!!  The change in water chemistry inhibits (slows down) shell growth and this means that shell-forming animals like corals, oysters, shrimp, lobsters and many more are affected.  Some scary facts, but really interesting.

If you'd like to know more, go to: http://ngm.nationalgeographic.com/2011/04/ocean-acidification/kolbert-text.

Don't worry Sea Fans, it's not all doom and gloom, there are also scientists finding solutions to the extra CO2!  But in the mean time, you can also make a difference:

Have a great week and enjoy the beautiful weather wherever you are....and if it's not great weather, go and visit your local aquarium!

Ha ha ha...I'm sure you're wondering what on earth I'm on about with this heading! Well, Wally is the name of a seal...or should I say, a seal skeleton.  For those of you who remember, a few years ago, I spent many an hour putting this guy together: 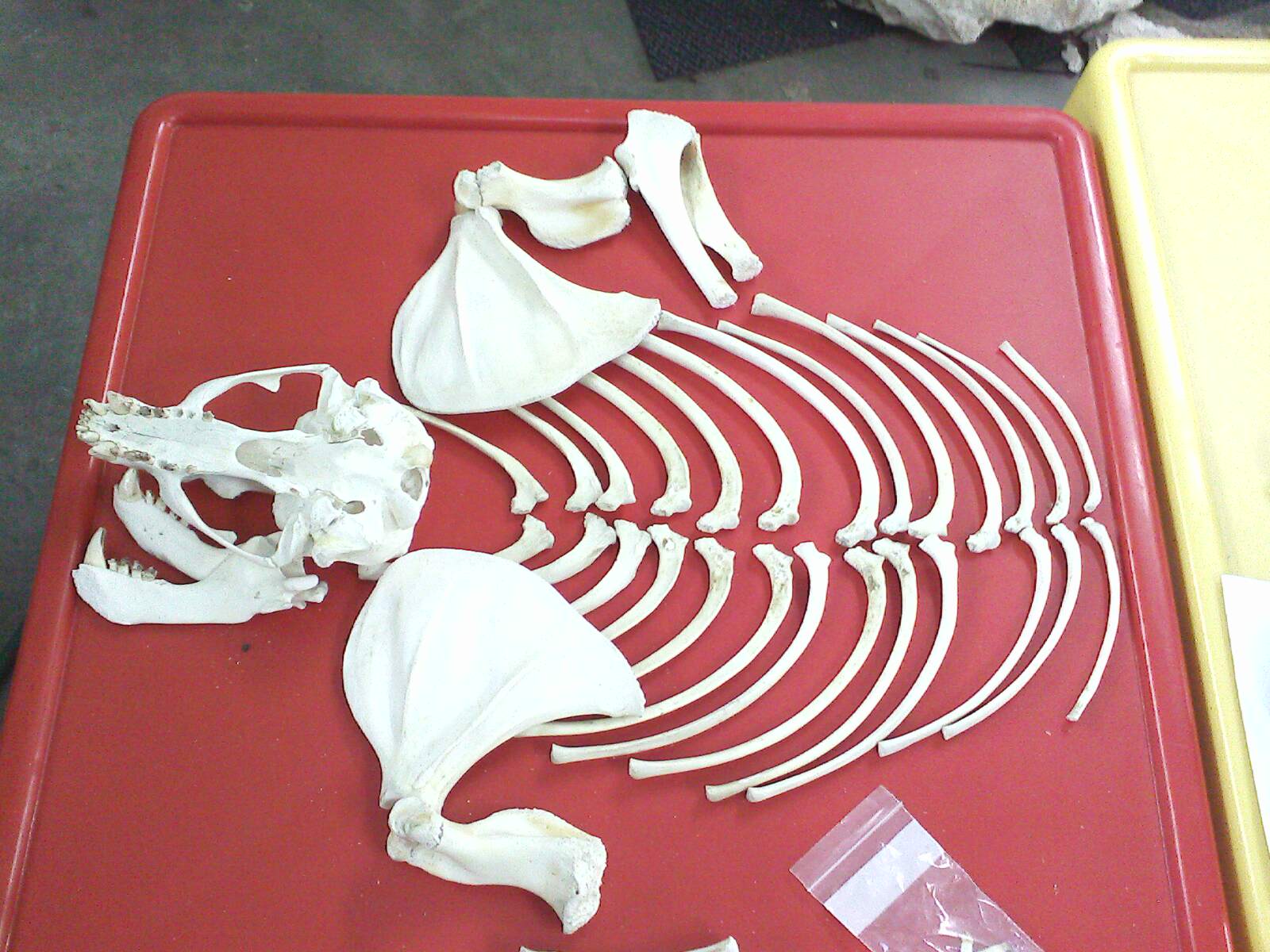 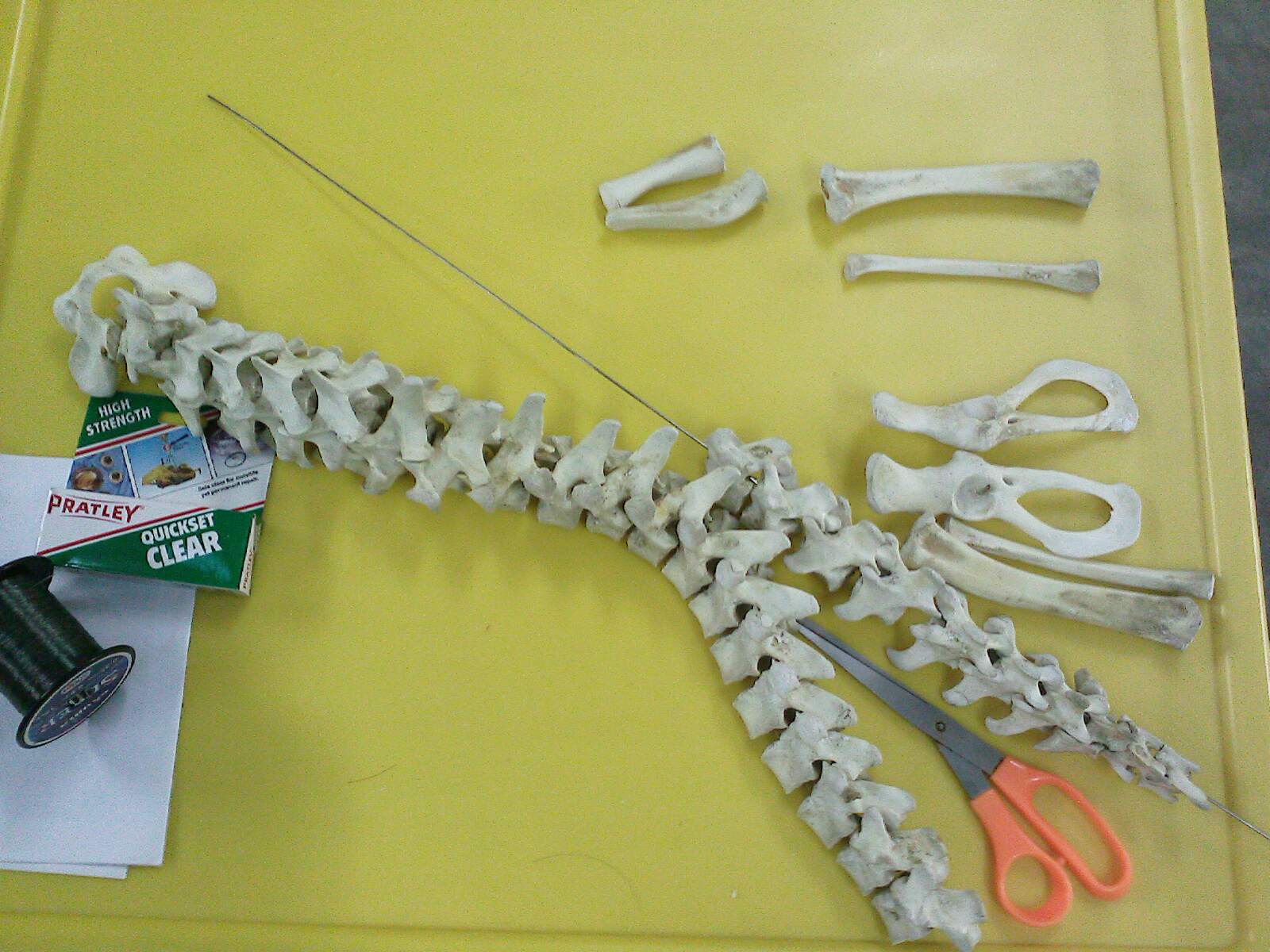 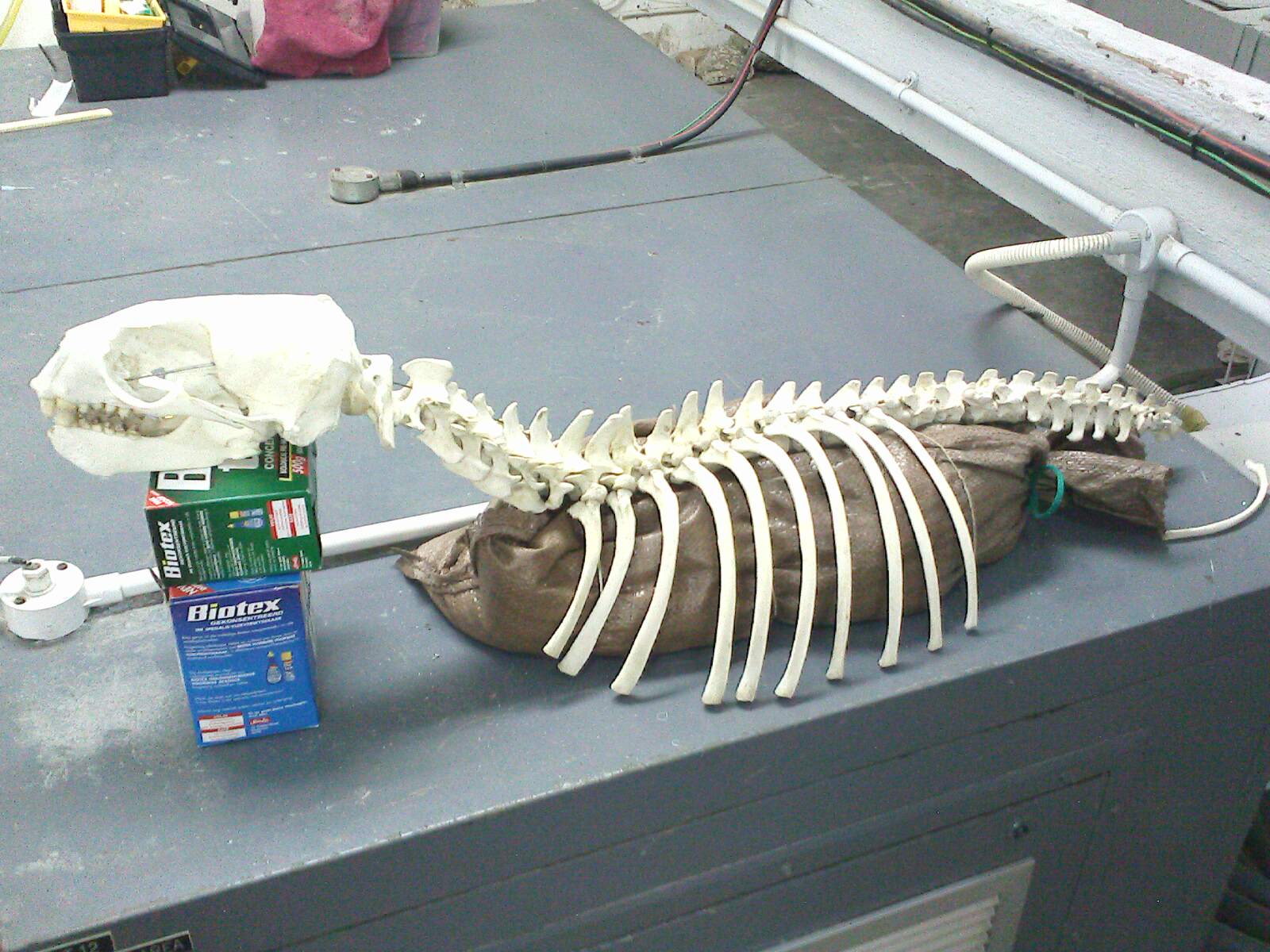 And when he went on display, he was a hit!  Wally was put into a hagfish display as decor.  As time went by, Wally started to fall apart and not look his best, so he had to be removed for repairs.  What a response! People would ask about Wally as soon as they got to the hagfish tank.  This gave the education staff a great opportunity to talk about Wally and his family and friends.  Visitors would come asking about a skeleton and go away with stories of pollution and how seals are being rescued in the harbour from strangulation.

[Aquarists go out every day to check on Wally's friends because, unfortunately, so many seals (and other sea life) end up getting tangled in our rubbish and often, a seal will pitch up with a plastic ring (those straps that are used to keep boxes closed) around its neck or flipper.  Aquarists then brave the chilly water and go and remove the strap...not exactly the safest exercise, but necessary.]

Kilos/pounds of plastic has been removed from seals over the years!  So sad.

Please Sea Fans, if you're walking along the beach and see rope, string or these plastic bands/rings, please pick it up and throw it away or at least open the plastic bands so that they don't form a ring anymore!!

I've been told that Wally may have a new career...education with school groups in the classroom.  Oh well, maybe something more unusual will take the place of the hagfish decor, who knows.

Have a great week Sea Fans and don't forget to visit your aquarium!