Mote Marine Lab is in Sarasota, Florida in the US (yes, the American leg of my trip continues! : )). 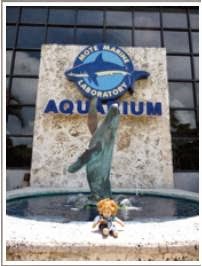 Mote was founded back in 1955 by a woman named Eugenie Clark...lots of people know her as the "Shark Lady".  You can go to http://www.sharklady.com/ to find out more about Dr Clark, but something I thought you'd be interested in is that she has done 71 deep submersible dives and the last time I heard, she was STILL DIVING...amazing for her age!!! 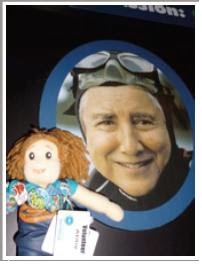 Anyway, back to Mote...the lab is named after a man, William R. Mote, who was a close friend of the lab and a keen fisherman. 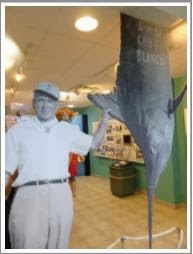 Lots of research gets done at the aquarium and out in the field so the people who work there are very busy.  Dolphins, manatees, sharks and coral reefs are just some of the things they study.  I got to help out at the aquarium where they are breeding seahorses at the moment...  I got to feed them. :) 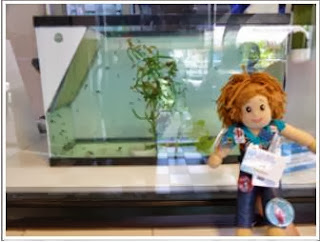 I also got to help the docents (the people you find walking around the aquarium who chat to you about the animals or those that are stationed somewhere like a touch tank to tell you more and answer your questions) on one of the days I was there. 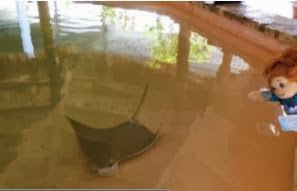 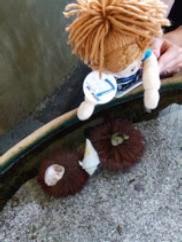 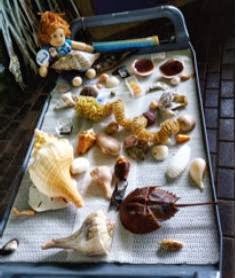 My best experiences though was helping with the shark training and observing a manatee training session...awesome! 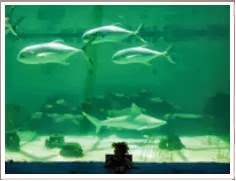 Thanks to Kasey and everyone at Mote for showing me what you do in a day, I had a great time.  Sea Fans, if you'd like to check them out, go to www.mote.org.

As promised, here's the Australian bit of my adventure with Mike:


Australia was awesome! Thanks to Mike and the girls from St. Mary's Anglican Girls School in Perth, Western Australia...love you guys! The St. Mary's girls made a life-sized humpback whale (parents and teachers can see more info as to how you can do this at the end of this blog)

which we donated to the Lady of the Cape Catholic School. 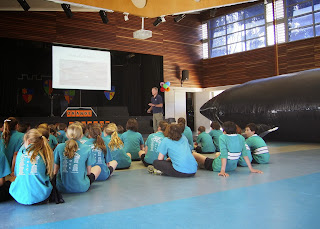 And...excitement for me...we met a non-whale! 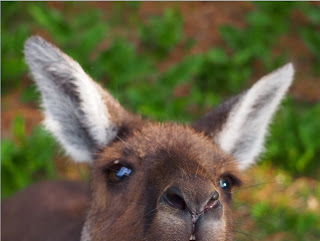 So another interesting marine career....teaching about the sea and the animals that live in it can be just as amazing as working with the animals themselves. Thanks again to Mike and all the girls!

For Parents and Teachers:

Lucy is an inflatable 55-foot long whale that you can construct.

Students and teachers can walk inside. Your class or group can build a 55-foot long, 8-foot diameter model of a whale that can be carried in a duffel bag by one person. The directions and a list of materials needed to build this unique educational resource are in the booklet, "How to Build an Inflatable (55 ft.) Whale." The booklet also includes suggested classroom activities and data. Estimated cost for materials is about $60.00.

The cost for this instruction booklet is $10.00 and can be purchased by sending your payment with your order. (All booklets are still available.)

http://sites.google.com/site/inflatablewhalemodel/
This has a great impact on children and adults. The model I use has has thousands of students through it. It lasts for years and needs only a household three speed box fan for inflation.
Posted by Abby at 10:14 AM No comments:

Yes, I've been shocking the last month with writing, but I've got some good stuff to show you! :)

I got to work with Michael Williamson and some of his students during a special project. Fifteen students from Perth, Western Australia were working in the America learning about marine mammals and research. We spent two weeks in the Gulf of Maine and then one week at Friday Harbor, Washington observing (watching) and learning about Orca. At the end of August we travelled Down Under (to Australia) to research the Southern Right Whales, humpbacks, and any other species we could find.

Michael is the Director of WhaleNet (http://whale.wheelock.edu) and Vice President of the Mingan Island Cetacean Study (http://www.rorqual.com). He also works with a school in Australia developing a research database for Southern Right whales, humpbacks, Orca, and Tursiops (dolphins), as well as the Giant Mantas. He founded WhaleNet in 1993 to excite students about math, science, the environment and technology. And how impressive is this...he's an Associate Professor of Science at Wheelock College in Boston, Massachusetts, where he has taught marine biology, oceanography, physical science, ecology, and mathematics courses since 1988. So you have to know that this man knows his stuff!! How exciting that I got to see this man in action!

We spent a week in Friday Harbor, Washington observing (lookng at) the resident (those that stay there) and transient (those that move through the area) Orca populations. We spent a day at the Whale Museum checking out a gray whale skeleton, 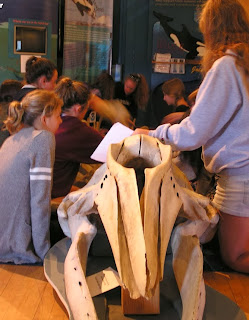 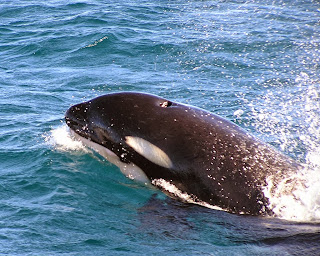 The two weeks before this we watched humpback, fin and minke whales on Stellwagen Bank in Massachusetts Bay.

The 15 students from St. Mary's Anglican Girls School in Perth, Western Australia and I had soooooooooooo much fun! And the Australian bit I'll tell you about another time.