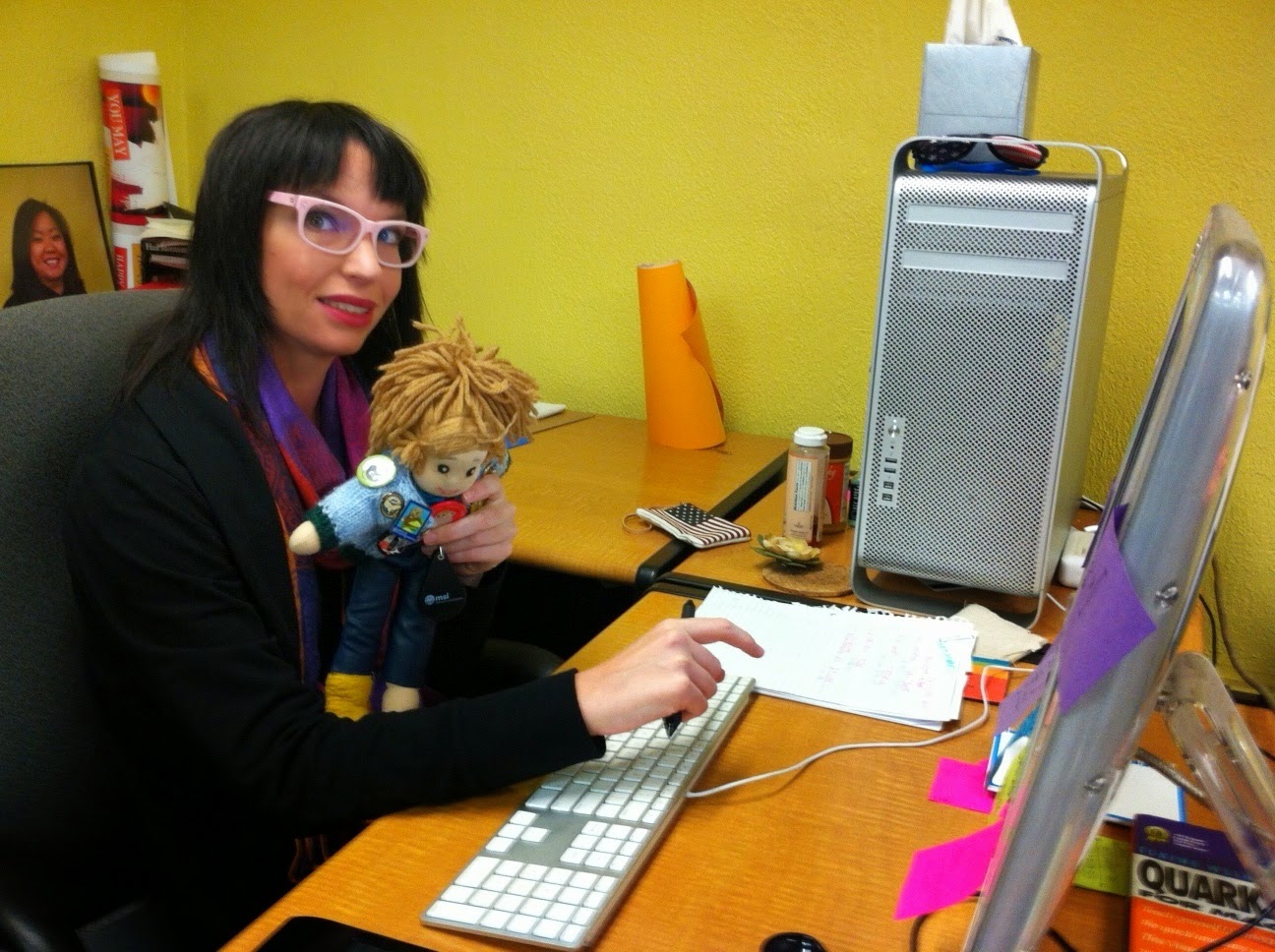 Keli Hazelton grew up along the sunny shores of Cape Town, South Africa. For as long as she can remember, she's been illustrating - imagining and inventing all sorts of weird and wonderful characters! After graduating high school, she studied traditional animation, and then graphic design.

Keli worked as an animator and character designer on South Africa's first locally-produced animated TV series, she packed up and moved to (the sunny shores of) San Diego. She is currently working as a graphic designer, and enjoys the local art scene, 80's music, cupcakes and taking her puppy to the park.

She still loves to escape into her imaginary world full of colours and craziness to see what new creatures she'll find!