So much news and so many photos...it's difficult to know where to start.  Hmmm, well, I'll tell you about my visit to The Estuarium at The Dauphin Island Sea Lab (DISL).

It was so cool, I haven't dived in a while and I was really missing "blowing bubbles" (our nickname for diving) when Melissa, an aquarist at DISL, asked if I'd like to join her.  Well, I was in for a surprise because they didn't want me to dive with SCUBA gear (breathing equipment that divers normally use where they carry a cylinder that looks like a bottle on their back that's filled with air.  SCUBA stands for Self-Contained Underwater Breathing Apparatus) , they wanted me to go down in the exhibit in a homemade submersible (my own personal submarine).  I was game for anything!

I must have looked really odd because all of the fish came to have a closer look at me.  I saw Scamp, Red Grouper, Red Snapper....

and a Nurse Shark! 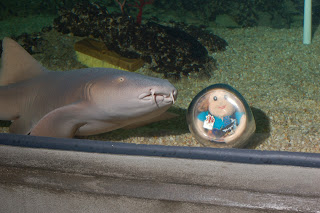 For those of you that haven't heard of a Scamp before:
I was also invited to join the docents (those friendly people you meet at aquariums who tell you all about the fish) at their annual party. 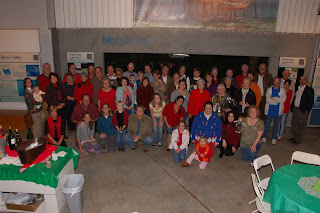 We had a ball and I made so many friends. Thanks so much DISL, I had a great time! 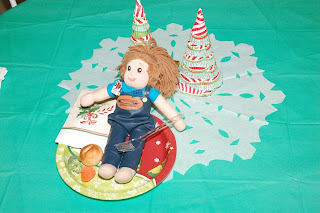 So next time you're in the area, check Dauphin Island Sea Lab out and let me know what you think.