I had the privilege of visiting the NOAA Gateway, an interactive exhibition about NOAA's science. 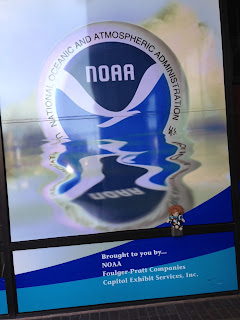 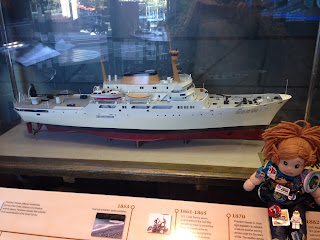 This model ship is the  Oceanographer launched on 18 April 1964. She was 92 m (303 feet) long, the largest vessel constructed for research purposes to date. She had a very distinctive appearance with her stark white paint, large radome aft of the funnels, and heavy crane on the aft deck. She had a number of labs (chemistry, wet and dry oceanographic, meteorological, gravimetric, and photographic) and several winches. 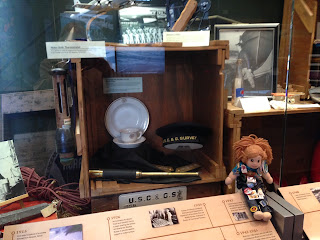 Some items from early Coast Survey ships included china, a hat and epaulets from uniforms.

The Survey's mission was to provide accurate nautical charts (maps of the oceans), but now it includes most of the physical sciences including:

I loved my visit, but I really enjoyed the videos from Ocean Today (http://oceantoday.noaa.gov/) and the Turtle Excluder Device (TED) which is a specialized device that allows a captured sea turtle to escape when caught in a fisherman's net. 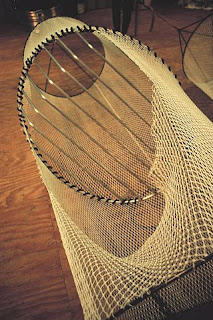 In particular, sea turtles can be caught when bottom trawling is used by the commercial shrimp fishing industry. In order to catch shrimp, a fine meshed trawl net is needed.

Thanks so much to Peg Steffen for showing me around!